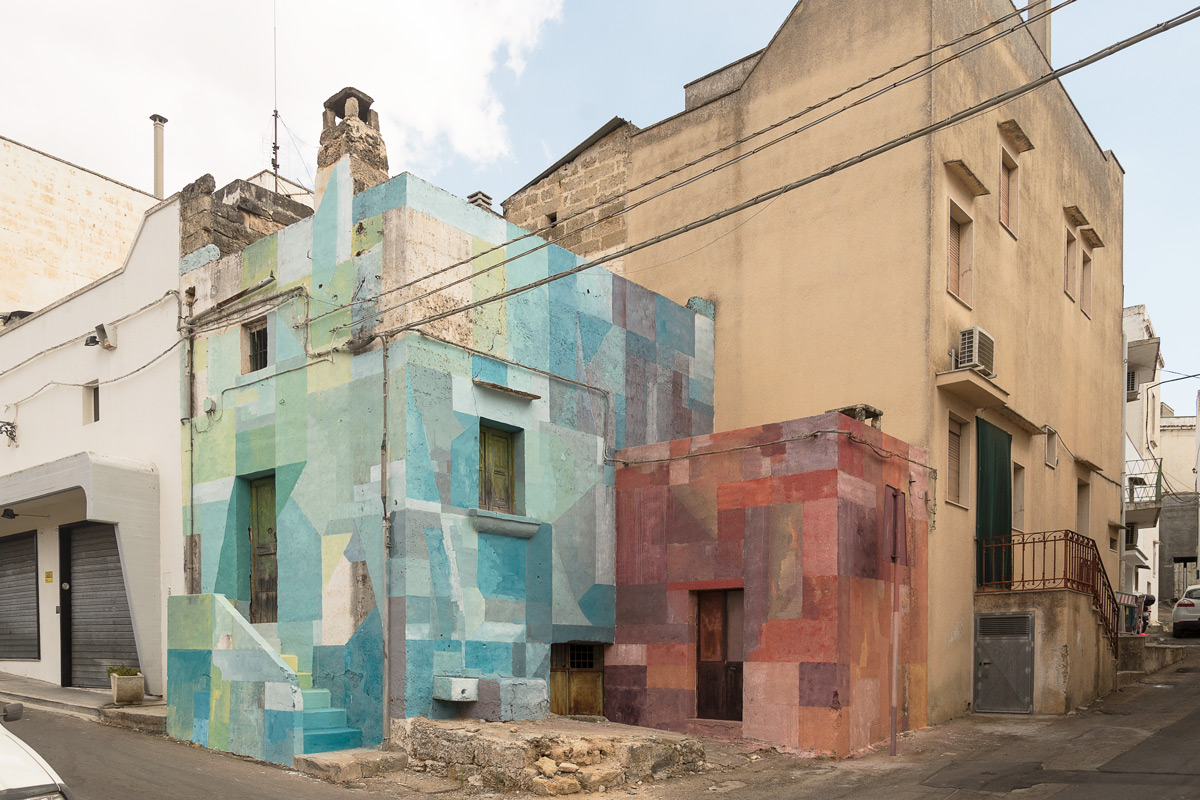 Here are a few images of Nelio‘s lastest piece created in the charming town of Matino in the Italian province of Lecce in the Apulia region of south-east Italy where he was invited to take part of the always great Viavai project.

Making use of his signature imagery, composed of carefully interconnected geometrical shapes in an interesting interplay of flatness and depth, Nelio creates unique pieces that express a distinctive visual language.

Nelio’s style has developed during the last couple of years, showing a more expressive approach to painting and the painted surface.The characteristic flatness of his geometric compositions diminishes to the point of almost disappearing. At the same time that they become less flat, they also acquire more depth and become therefore more connected to the painted surface, trespassing each other in a continuous motion of perceptual illusions and reference games, involving the viewer is unwittingly involved into a further reality, where the background and figures constantly ‘veil’ and ‘unveil’.

As mentioned earlier occasions , Nelio’s work is not only rooted in graffiti, but it also includes references to graphic design, ancient hieroglyphs, the surrounding architecture and environment when it comes to walls, as well as fine art movements such as Suprematism, Cubism, Dadaism, Surrealism, De Stijl, Bauhaus and Op Art. Influences that are clearly visible in his work.

Born in 1982, Nelio is originally from the East of France, he began doing graffiti in the late 90s. Influenced by graphic design, illustration, photography and architecture, this self-taught artist lives and works in Lyon, nourishing his artistic practice of his numerous  travels and encounters on the way. During the past years he has developed a paradoxically minimalist and complex graphic universe that explore different media. The result is an interesting body of work that, composed of purified symbols, primary geometric shapes, and sometimes letters, landscapes or facial features, offer a playful insight into his creative universe.

All images by Matteo Bandiello 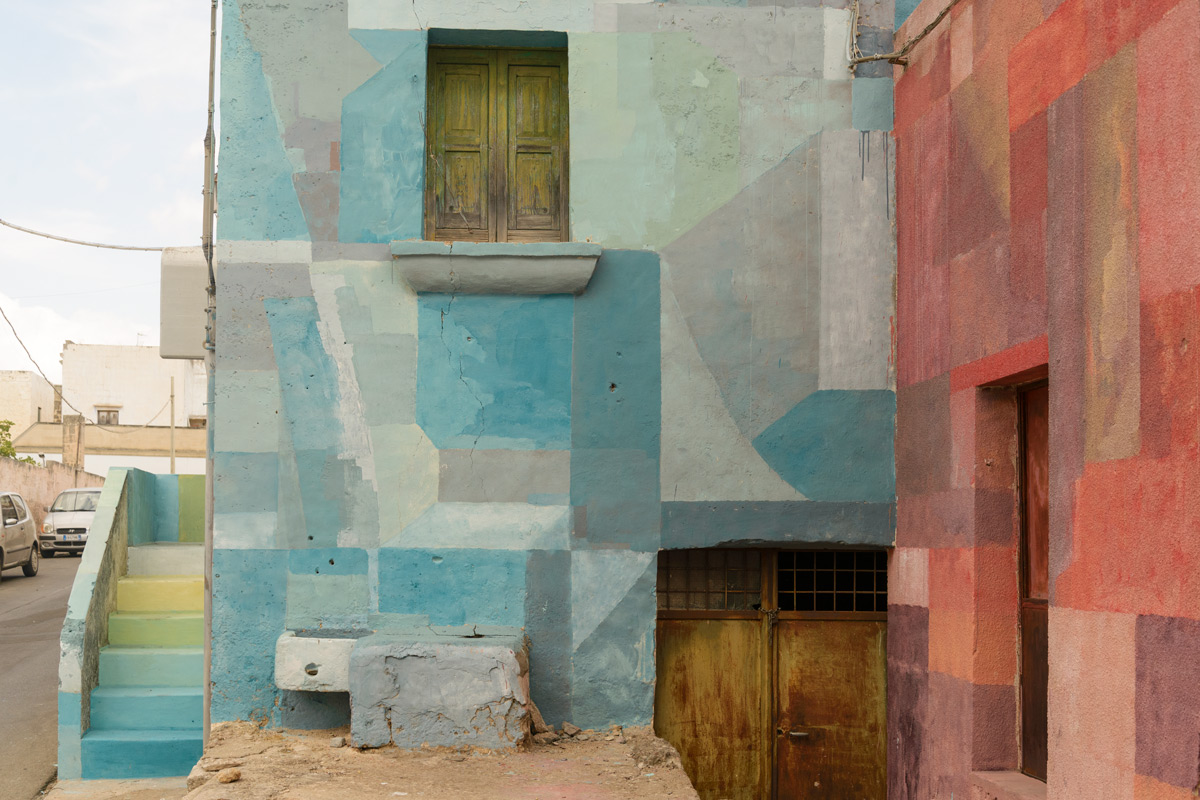 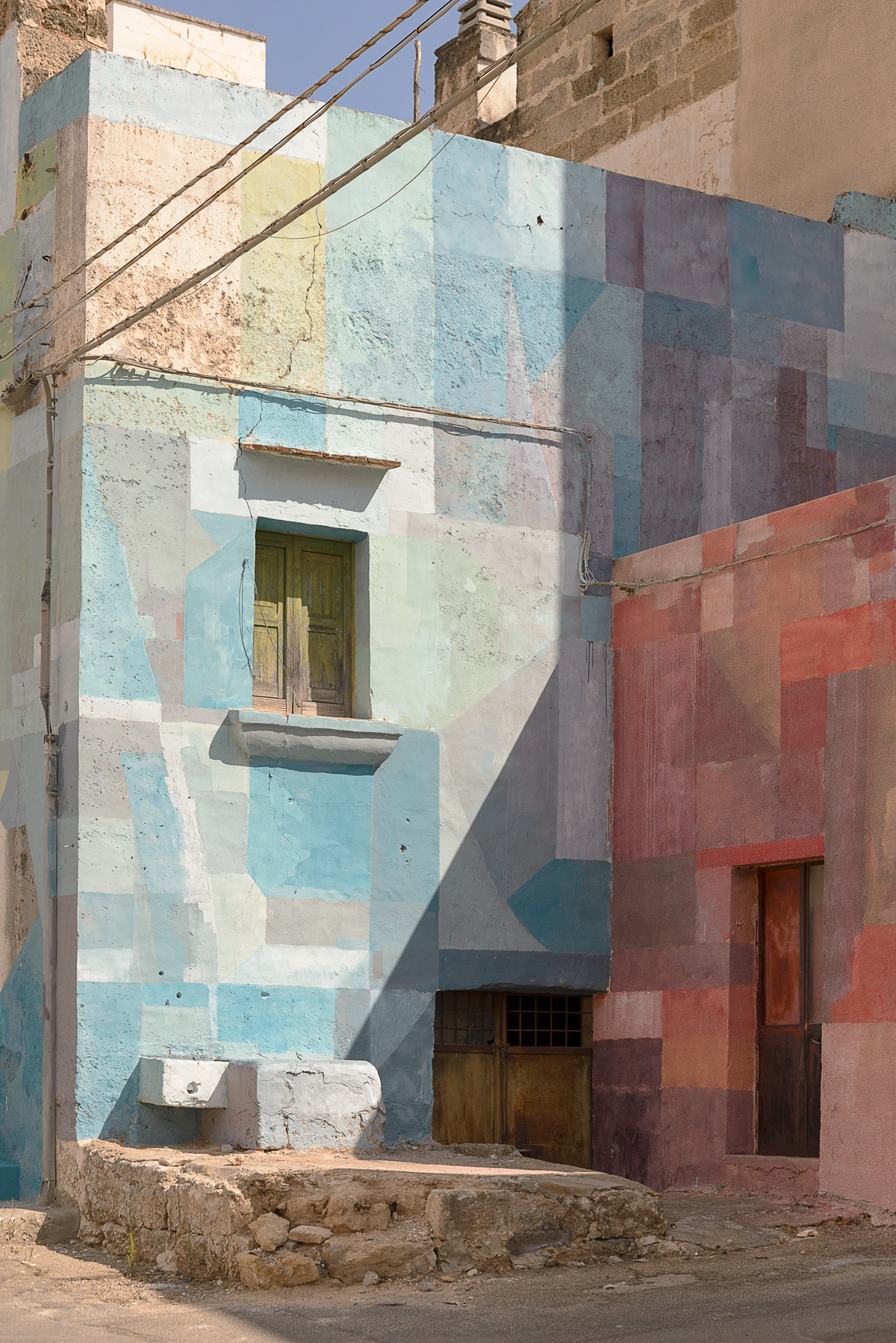 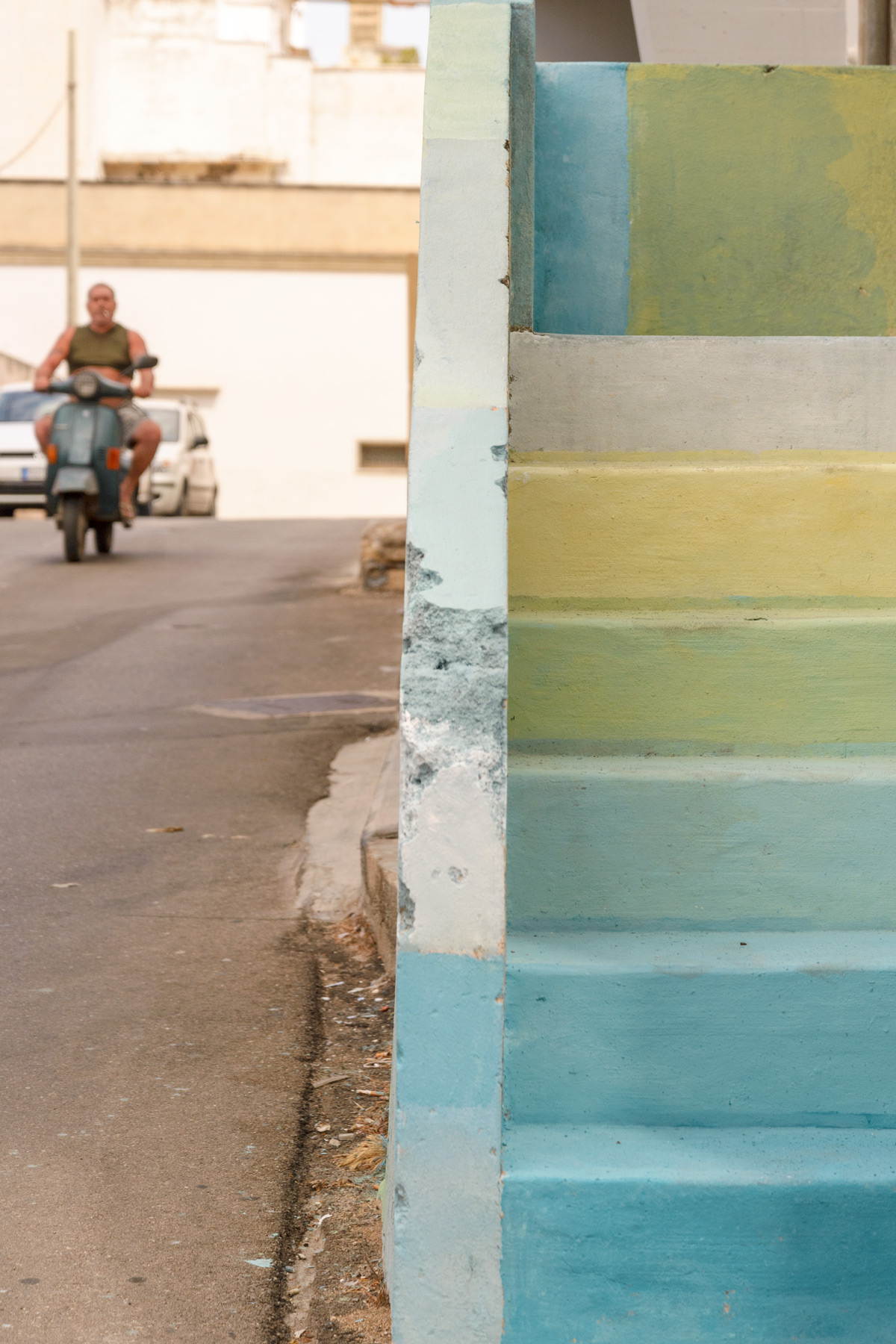 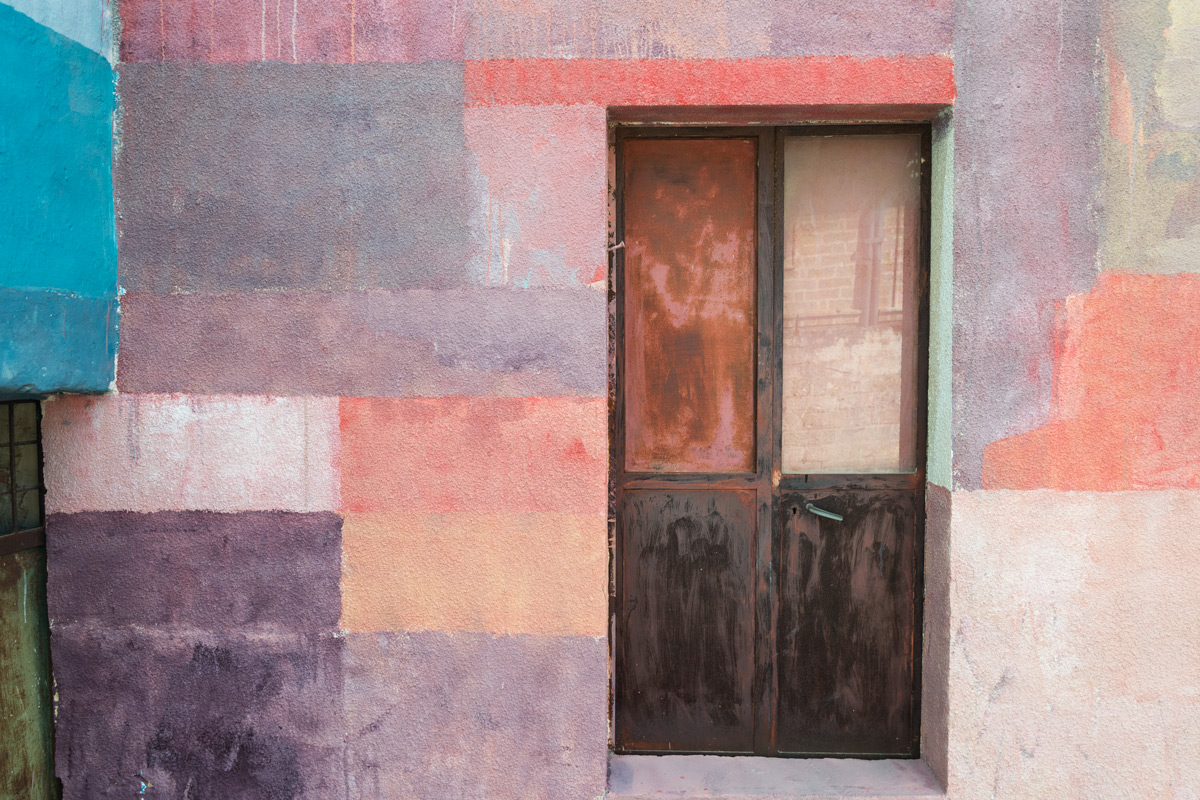